Samogitia: The land of fearless Warriors!

Samogitia (lt. Žemaitija) is one of the ethnographic regions of Lithuania. The homeland of my dearest wife. The land of the fearless warriors and one of the most preserved dialects that even I struggle to understand after so many years living with a Samogitian girl.

This is my second dearest place in the whole wide world, even after so many years of traveling. Of course, after my own homeland, which is Semigallia or Lithuanian Semigallia (lt. Žiemgala, lv. Zemgale) as most of this ancient area stretches across nowadays Latvia. I am the first man from my father's lineage in the last 7 generations that left the homeland. At least for now.

Who knows, connection with my ancestors might be so strong that sooner or later it will pull me back with the force stronger than I could ever imagine, but for now - Samogitia it is.

The festival took place on the ancient Mound of Apuole a couple of years ago. The main event consisted of two parts: 1Vs1 battles, where the winner received a two handheld war axe, and a group battle, where two squads of warriors fought each other, depicting a battle of the Middle Ages.

Those who needed a boost of energy had an option to taste some simple medieval dishes. Those who had their reserves replenished could try out all kinds of weapons in a special training field. All sorts of handmade jewelry were available for those in urgent need to impress their misses.

Children were the ones who enjoyed the event the most. Girls had an opportunity to show off their best medieval dresses while boys fought each other for their attention. You could see it in their eyes, that some of them were direct descendants of the warrior caste... 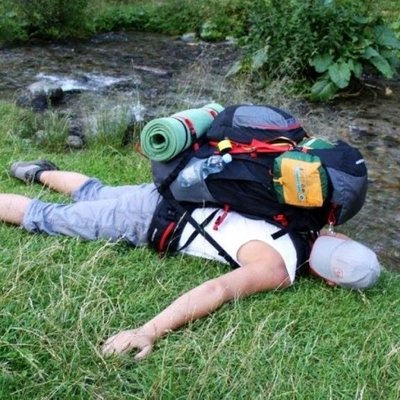 Journey around the world: Poland

POLISH-LITHUANIAN COMMONWEALTH The importance of the historical relationship between Lithuania and Poland is immense. For over two hundred years the[...] 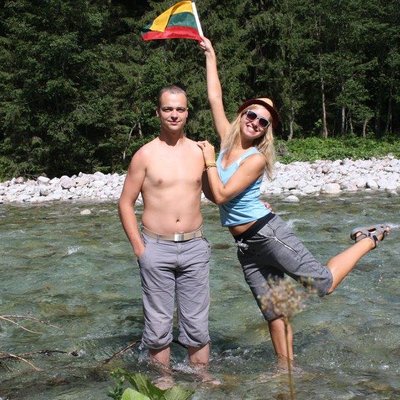 Journey around the world: Slovakia

MAGIC REVEALED All I knew about Slovakia was only a handful of facts. During Soviet times this land of castles and high mountains was a part of[...]

Morning in Lithuanian wilderness: Camping with my wife and child!

Once upon a time, there was a man who had a wife and a child. He spent many months working long hours, building those grain storage silos one after another, never being home. All this time he kept in mind that his lady was working twice as hard as she had to take care of their tiny little daughter which had indescribable capabilities of both, radia

Nothing could stop him: 25 km hike with my Father!

A unique sense of humor is my Dad's sharpest weapon! He uses it impeccably against any hardship that pops up in his path. A certain state of his joints is one of them, and even it could not stop him from hiking 25 km along the coast of the Baltic Sea. This part of the country was his home for over three months when he was a civil engineering studen

Vinetu village is an open-air museum, where history and legends come alive. Also, it is the home of some special people that I was blessed to meet almost three years ago. It was the end of the winter when I happened to pop up in the Vinetu village sauna for the first time. Mindaugas Timinskas and his wife Jurgita are the ones that started building